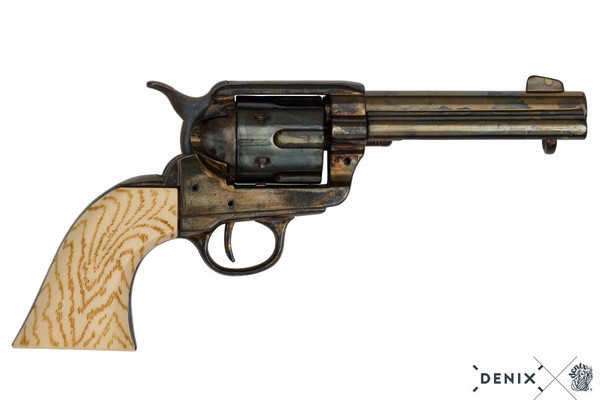 Reproduction of a 4.75 "revolver in metal and imitation ivory plastic handles, with simulated loading and firing mechanism and rotating drum.

The American Revolutionary War was a long conflict that pitted the thirteen original British colonies in North America against the Kingdom of Great Britain for eight and a half years, ending in the British defeat at the Battle of Yorktown and signing of the Treaty of Paris.

Civil War or Civil War was a very significant event in the history of the United States of America, which took place between 1861 and 1865. The two opposing sides were the forces of the Northern States (the Union) against the new formed Confederate States of America, integrated by eleven Southern States, which proclaimed its independence.