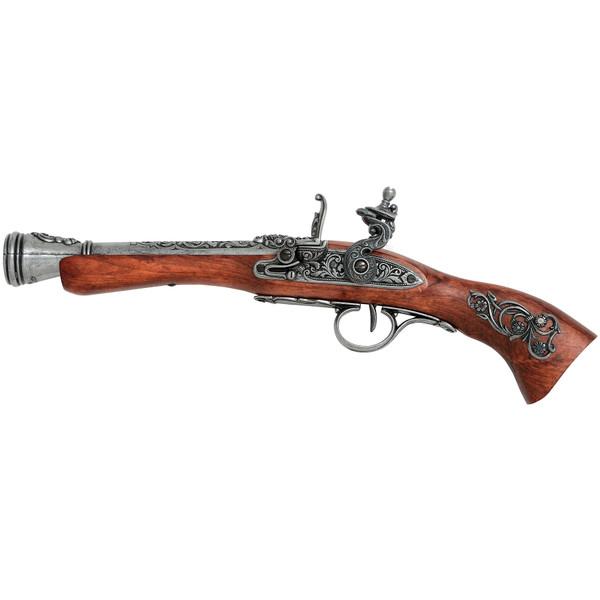 Reproduction of a metal and wood spark machine with a loading and firing simulation mechanism.

Spark blisters were generally very short, with barrels less than 60 cm long, at a time when the barrel of a musket was more than 90 cm long. The firing mechanism was based on a flint or flint stone, which triggered the hammer that produced the spark that ignited the powder.

All these trabucos required manual reloading of their ammunition, which was introduced through the muzzle of the barrel after each shot. Usually, the weapon was loaded with a single lead bullet, although it could also be used with several smaller bullets (pellets).

This trabuco, used in the 18th century as the predecessor of the shotgun, was very inaccurate, so it was useful in approaches, during naval battles, where the combat was at a distance. In addition, these weapons were used for a single shot, as the loading method was very slow and there was usually no time to reload it. As a result, the fighters after the shooting were forced to draw their sabres or swords or use it as a blackjack, since circumstances did not allow reloading it in time.

Did you know that the musketeer Phortos uses a blunderbuss in the 2011 movie The Three Musketeers?